THE MOMENT OF TRUTH- where rarity converges, White Bellied Heron 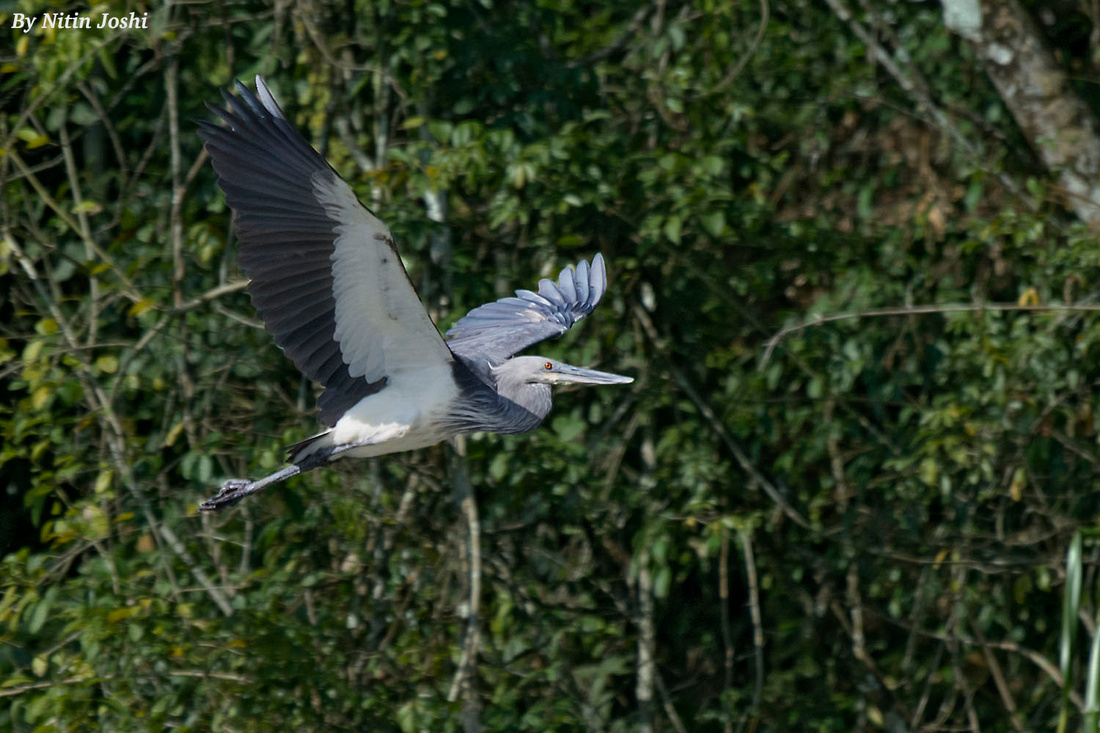 It was that time of year again! With the beautiful memories still fresh from my 2014 visit to the Paradise of Indian forests; I was impatiently looking forward to visit Namdapha once again. It did not feel like a year had passed since my last visit there. I could still smell the woods, visualize the trails, habitat and mothers nature’s intriguing progeny

This, India’s only rain forest is one of the most difficult places for photography. It has long difficult trails, mountain trekking and river crossings. These efforts are heightened with the fact that photographers have to carry their own accessories consisting of heavy lenses, camera & tripod a combined weight of a whopping approx. 14 kg. It definitely calls for mental strength and is a test of physical endurance. I left for this expedition on 23rd Dec 2015. We reached 25 miles on 26th Dec 2015 and planned to reach 27 miles by next evening. With every passing minute, I could feel our journey taking me closer to Namdapha. On 27th we had already walked 6 miles (9.6km) through some very tough muddy trails towards Vijaynagar where Mother Nature was kind to premier the beauty in the form of BEAUTIFUL NUTHATCH.

It was a long trek and when walking through the trails towards 27th mile, tough was getting tougher. As a group, we had aimed to reach FIRMBASE and that’s what kept us going strong against all odds. It was getting pretty tough though. Our group members were injured with feet slipping over the rocky river bed. But It was our determination that kept us motivated all the time to move ahead. Most difficult was the final 1-mile stretch of mountain trekking. Ascend was as steep as it could get. It tested our grit and drained us completely. But all this effort was worth is with FIRMBASE – a spot of scenic beauty where the long stretch of land meets the mountain & mountain meets the sky.

We heaved a sigh a relief as we managed to complete the treacherous climb of 1-mile climb up the hill and were happy to start our descend down the hill. Surprisingly, descend was much tougher than the ascend. As we kept walking down the hill, soft sounds of river bed became evident. The sweet notes were such a relief, especially after the long and difficult trail. River bed sounds grew stronger as we approached 10 feet tall grassland. We had to skim through the 10 feet tall grasslands to reach the end of 27th mile. Bidyut, our co-ordinator was the 1st to emerge from grassland second was Sagar and third was I. The moment I came out Bidyut called out loudly, “Sir, White bellied heron!”. That was the moment of truth for me - I witnessed yet another beautiful and rare creation of Mother Nature. Flying high in open above the river bed surrounded by mountains with the golden light falling on its white belly the bird looked beautiful –truly a magical sight.

I started to run with all the energy I could gather and tried to compose the frame of that rare beauty in flight. Uuuuffffff I and sagar who were ahead of all the group members started to capture as many frames as we could and then cuddled and embraced each other like is this what we lived for……can god be so kind to us, is mother nature really looking at us as her child?....was this the gift she wanted to give us after testing us mentally and physically. This was the moment of TRUTH for me. Which I shall cherish all my life till I die.

Such is the beauty of the rare bird and we humans are responsible for their such a steep decline in numbers because of the habitat loss.

This heron is classified as Critically Endangered because it has an extremely small and rapidly declining population. This decline is projected to increase in the near future as a result of the loss and degradation of lowland forest and wetlands, and through direct exploitation and disturbance.

The main threats are presumed to be widespread loss, degradation and disturbance of forest and wetlands. The species is also very sensitive to human disturbance, for example it took 48 hours for a pair to return to their breeding site following a disturbance (Mondal and Maheswaran 2014). Wetlands have become degraded as a result of pollution, rapid growth of aquatic vegetation, and the over-exploitation of resources. Increasing disturbance and habitat degradation from settlement, conversion to agriculture, harvesting of wetland resources and, more locally, poaching are thought to present significant threats in key protected areas (e.g. Namdapha National Park) in north-east India, Bhutan and Myanmar (W. Duckworth in litt. 2006). Natural forest fires have destroyed nests in Bhutan. In Bhutan, hydroelectric power developments and road improvements have resulted in significant habitat degradation. Rivers act as busy transport routes for the human population, exacerbating disturbance of this species (W. Duckworth in litt. 2006, D. Wilson in litt. 2006).

Ardea insignis is known from the eastern Himalayan foothills in Bhutan and north-east India to the hills of Bangladesh, north Myanmar and, historically at least, across west and central Myanmar (BirdLife International 2001). The first confirmed record of this species in China was made in 2014 in Lushui County, Yunnan Province on the border with Myanmar (S. Chan in litt. 2014). It may also occur in south-east Tibet, China, but is now extinct in Nepal. Birds visit the Brahmaputra lowlands in winter. Although historical reports suggest it was previously common in Myanmar, it has evidently declined throughout its range given the paucity of recent records. Most of the few recent records come from five or six sites in Assam and Arunachal Pradesh, India, one or two sites in Bhutan, and parts of Myanmar. In Bhutan, there is a small population of 30 known individuals (with six juveniles) as of July 2007 (Pradhan 2007), with the total national population unlikely to exceed 50 individuals (Pradhan et al. 2007). The birds were observed along the Phochu, confluence of Phochu-Mochu, Punatsangchhu, Kamechu (Digchu), Zawa, Ngagshina and Burichu confluence (Pradhan 2007). Six active nests were recorded in Bhutan in 2007, two from a new site, and by 26 July 2007 they held six chicks in total. Due to natural forest fires, three nests were abandoned. A further three active nests with five chicks were recorded in 2009, although only three chicks remained on a subsequent visit (Anon 2009). Six breeding sites from two rivers of central Bhutan have been recorded, and the eastern part of the country has not been thoroughly surveyed (Pradhan 2007). The species has also been reported from the Thim Chhu, Lungtenphu (C. Feijen in litt. 2009). A massive hydroelectric scheme may have recently caused its expiration from the Sunkosh Valley (K. D. Bishop in litt. 2012). Two adult birds were recorded in Phibsoo Wildlife Sanctuary, Sarpang in February 2014 (Anon. 2014). The annual survey of White-bellied Heron in Bhutan reported 22 birds in 2014, an increase from 2013 when 20 birds were recorded (Anon. 2014).

Though a complete population census is yet to be conducted, the current population size is thought to be best placed in the band 50-249 mature individuals (D. Wilson and J. Eames in litt. 2006). This equates to 75-374 individuals in total, rounded here to 70-400 individuals. 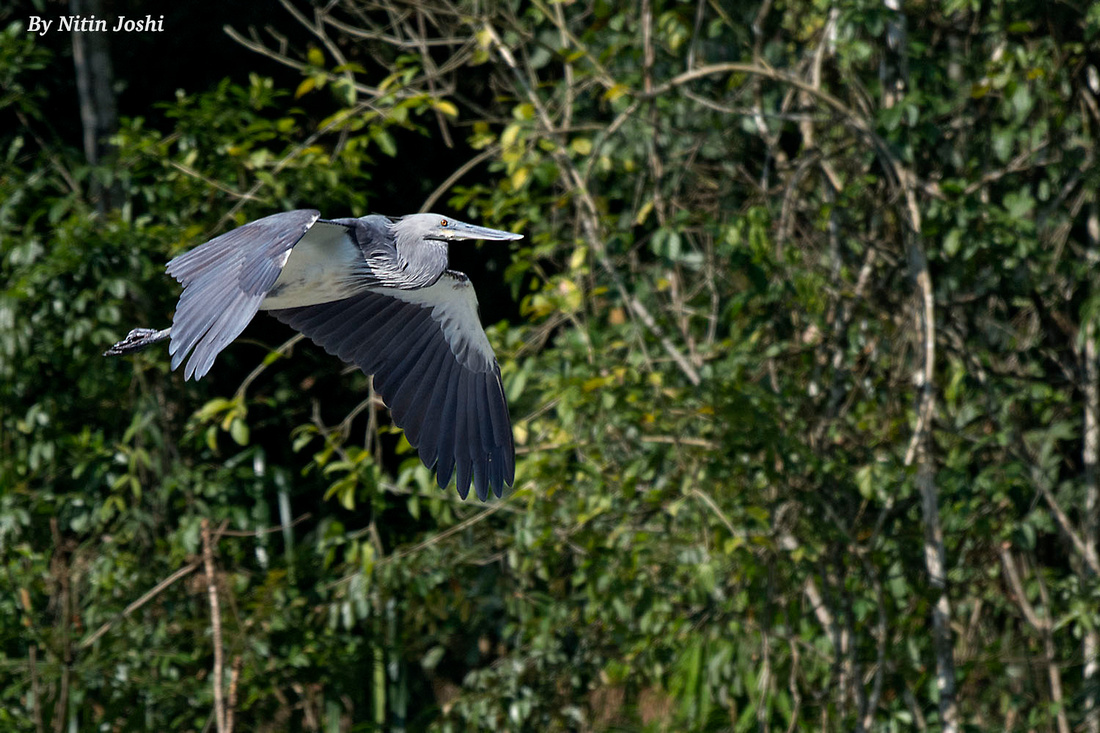 setss jobs NYC(non-registered)
India is beautiful place for capturing pictures, i am also a photographer and visit India for capturing river and mountain photos.
Ranjan Kumar Das(non-registered)
Nitin,
Simply fantastic writeup with some valuable information! The most majestic and beautiful bird I want to see once again before I die. Namdapha is really paradise!
Yogesh(non-registered)
Bro, well documented. Lucky to be a part of this expedition and witnessing all these from my eyes...
No comments posted.
Loading...
Subscribe
RSS
Keywords
nitin joshi photography naturesprogeny co-existence creative fishing flamingo in leaving mangroves mumbai
© NATURE'S PROGENY- By Nitin Joshi
Powered by ZENFOLIO User Agreement
Cancel
Continue